From Catnip to Cacao: A Brief History of Chocolate and How It Makes Us Feel

Recently, a study on catnip (Nepeta cataria) and silver vine’s (Actinidia polygama) effects on cats has been published in Science Advances.

Turns out, this compound called iridoid nepetalactol in silver vine was the main cause of the strange (albeit cute) reason why cats seem high upon contact. They would press their faces against the ground and wriggle their bodies around.

According to Masao Miyazaki, the head researcher of Iwate University in Japan, nepetalactol activates the opioid in the brain thus stimulating the cat to behave as such.

Interesting that such an unassuming plant can cause such euphoria in cats, including jaguars too. Read more about the study here.

If catnip and silver vine can produce such a reaction in cats, do humans have a catnip equivalent too?

Let’s explore the cacao plant and how it has been elevated to God-like status across millennia.

For centuries, authors have romanticised the enigmatic power of chocolates and how it can stir even the most unemotional giant.

Chocolates were believed to bring pleasure and, to a certain extent, unlock lustfulness in people who have consumed them.

But it now begs the question: How true is this? 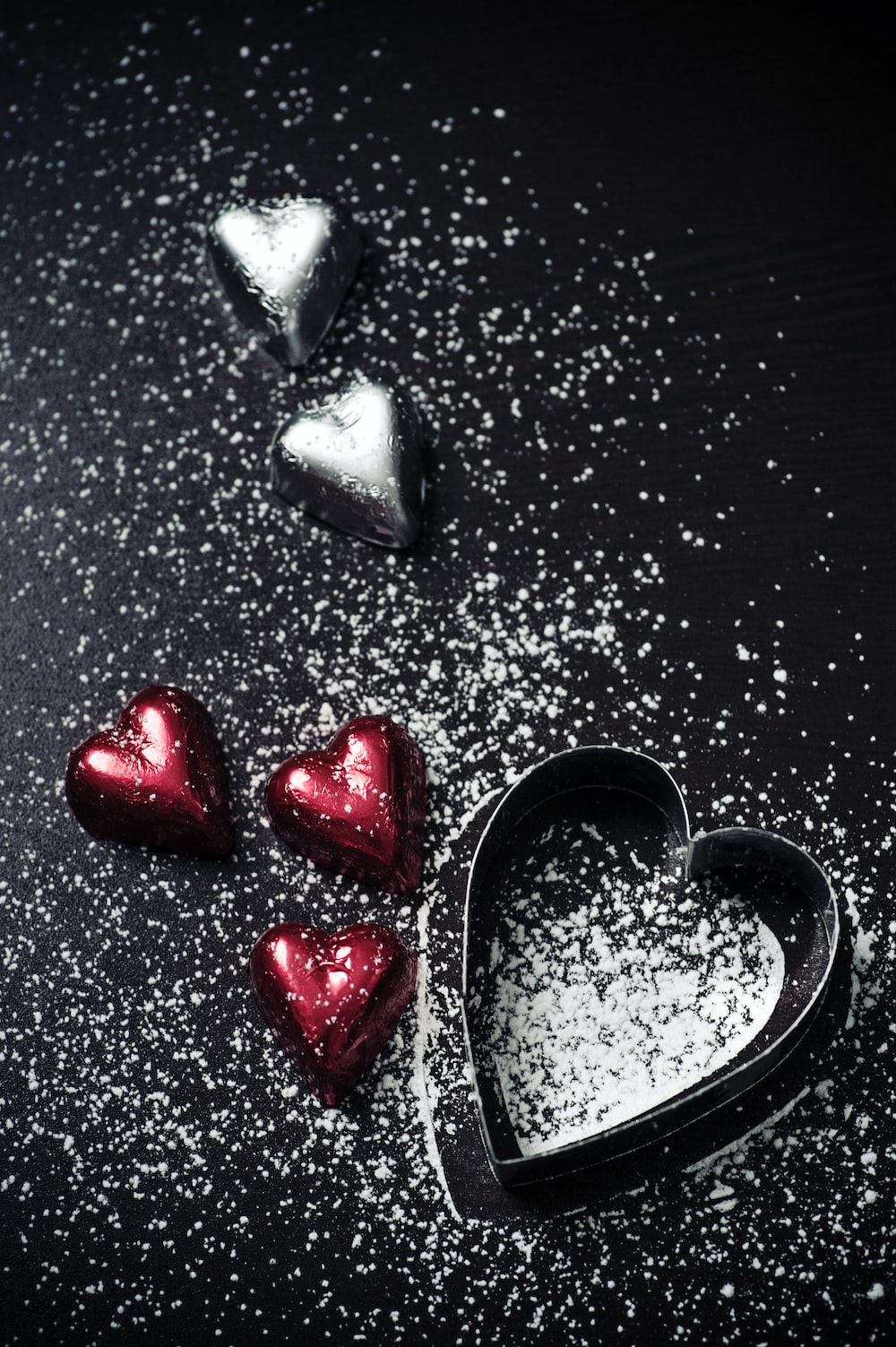 Photo by Jasmine Waheed on Unsplash

Many years ago, John Cadbury (Name sound familiar?) was born into a somewhat wealthy family.

He was raised a Quaker and he had a strong sense of social discrimination and injustice.

John believed that alcohol consumption was the main cause of poverty at the time so he pored all his time and effort into manufacturing drinking chocolate for the masses, thinking that it would be the better alternative to alcohol.

But John’s hard work paid off.

By 1824, he had about 16 varieties of drinking chocolate and 11 cocoa variations. Out of the seven children—his two sons—Richard and George Cadbury took over the family business as John’s health was failing. They both came up with a creative and innovative idea to repackage leftover cocoa butter.

Coincidentally, it was close to Valentine’s Day when the Cadbury brothers came up with a brilliant idea of converting drinking chocolate into unique and beautifully-wrapped eating chocolates. Tucked into these metal heart boxes that were adorned with images of cherubs and roses that Richard designed himself, customers could repurpose these lovely boxes to store keepsakes.

Since then, business skyrocketed as Cadbury made chocolates in vogue and Valentine’s will never be the same again. Guess that explains the logic behind buying roses and chocolates for your significant other on V-Day.

Alright. So now we understand a little about the connection between chocolates and Valentine’s Day, but we’re still far from the truth of chocolates being the human equivalent of catnip or even as an aphrodisiac.

Across the Atlantic, perhaps we could take a page out of history during the Mayan and Aztec civilisations where chocolate was deemed the “food of the Gods.” 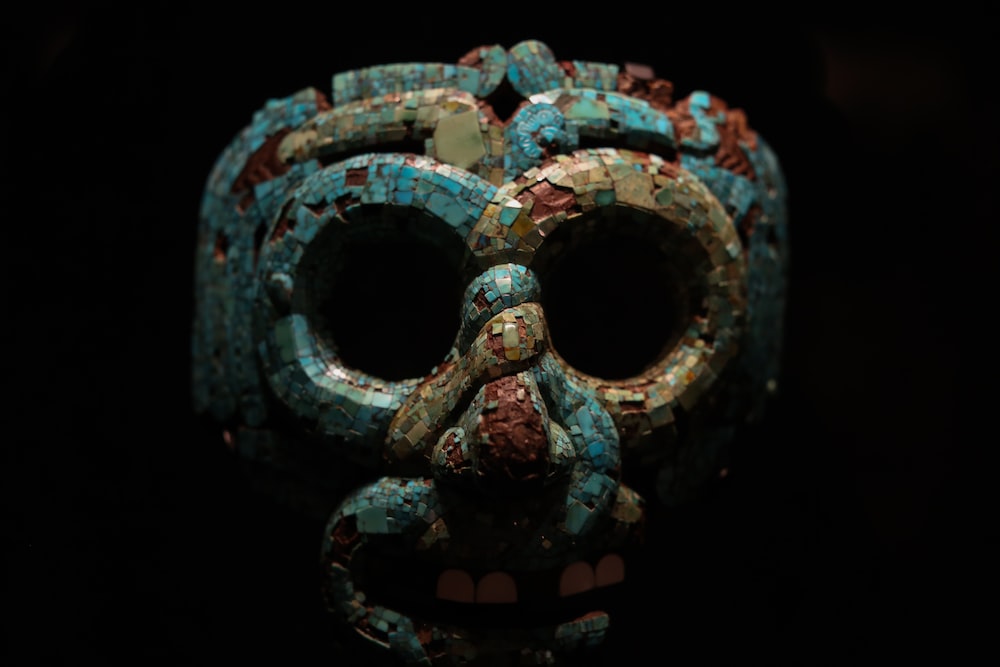 Aztec/Mixtec, 15th-16th century AD. From Mexico, The Feathered Serpent. This mask is believed to represent Quetzalcoatl or the Rain God Tlaloc, both associated with serpents. It is made of cedar wood and covered with turquoise mosaic work. The teeth are made of shell. Two serpents, one in green turquoise and one in blue, twist across the face and around the eyes, blending over the nose. Turquoise mosaic feathers hang on both sides of the eye sockets. Photo by Max Letek on Unsplash

The Olmecs were believed to be one of the first civilisations (back in 1,500 B.C.) to consume cocoa.

Ancient Olmec pots had traces of the compound theobromine which can be found in Theobroma cacao (the cacao bean) but because no written records were available, many historians and scientists argued the validity of how the Olmecs made use of the plant.

Fast forward a few centuries later, we have evidence that at the height of the Mayan civilisation, they used cacao beans as money.

Cacao beans were so valuable that they were not only used to make exotic and spice-laced chocolate drinks, but also as currency to pay for taxes.

Imagine all those chocolate bars in your pantry are worth their weight in gold.

As for the Aztecs, perhaps it’s fair to say that they worshipped cocoa. They believed that it was given to them by the gods. Montezuma II, one of the most prominent rulers during the time, drank chocolate by the litres each day for good health and as an aphrodisiac.

But one thing in common between the Mayans and the Aztecs was that chocolate was consumed very differently then compared to now.

We’ve definitely made chocolate sweeter whereas they added chilli peppers, cornmeal, honey and other spices. Despite the difference, how we value chocolate hasn’t changed.

Kisses for You and Me

Aerial view of the Milton Hershey School founded in 1909. Photo taken from mhskids.org

As we travel north of Central America to modern-day Chicago, we are thrust into the world of wrapped chocolate kisses, the brainchild of Milton Hershey in 1907.

But that didn’t happen overnight. Hershey started off making caramels and his one trip to the World’s Columbian Exposition in 1893 sparked his passion for the art of chocolate-making.

Hershey was on a one-man mission to mass-produce milk chocolate, which was something the Swiss were good at, so that the general public could afford it as chocolates were mainly sold as a luxury item.

The iconic foil wrapping was added to Hershey’s Kisses in 1924 and the product was made available to many more people around the world.

Hershey did not stop there. Known mostly for his philanthropy, he provided jobs to people during the Great Depression by getting them to work and be part of a community in the town of Hershey, a place he built so that his employees would have a pleasant place to live in. Additionally, he supported the troops by supplying chocolate bars during World War II.

His legacy continues to this day where the foundation he started helped to fund cultural and educational studies to the residents of Hershey.

The Hershey Chocolate Company has come a long way in bringing a little bit of luxury to the people. Now, we can all enjoy a Hershey chocolate bar and feel good about it.

Chocolates in Books and Movies 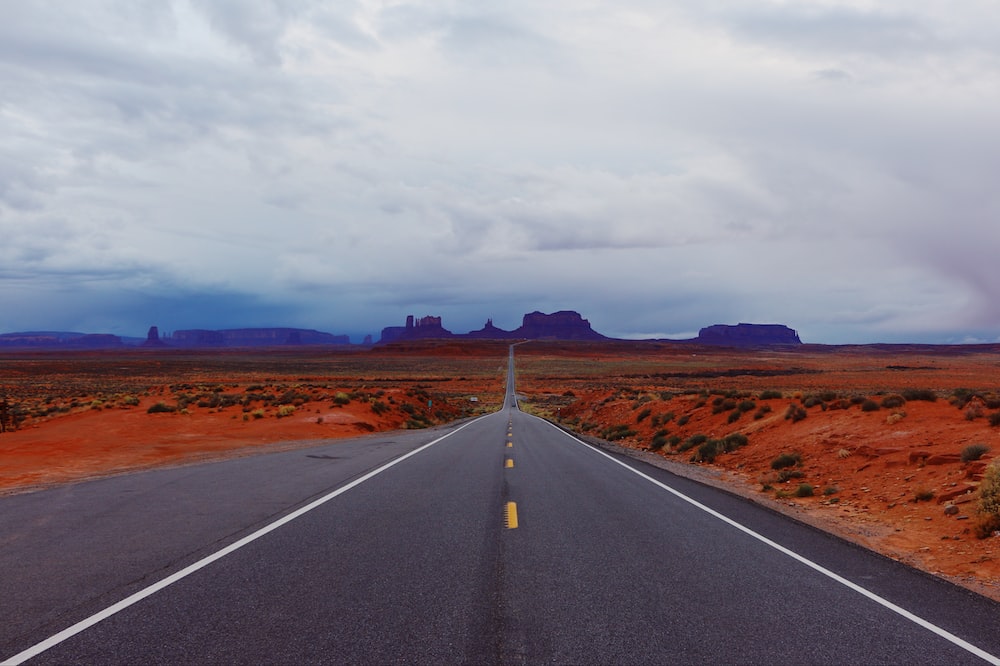 Monument Valley, UT, USA. This was where Forrest Gump decided to stop running from the film Forrest Gump. Photo by Wolfgang Frick on Unsplash

“Call it a split ’cause you know that you will bite your friends like chocolate.”—The 1975’s Chocolate

“Did you guys know that chocolate contains a property that triggers the release of endorphins? Gives one the feeling of being in love.”—Johnny Depp in Charlie and the Chocolate Factory

“Nice memories are like chocolate: you can’t survive on them alone, as they aren’t very filling, but they make life sweeter.”—Janine Weger

At the drop of a hat, I could recite so many lines from movies and songs from memory. But that’s not the point.

The point is that chocolate has been and is still used as a metaphorical prop for romance, comfort and joy. With thousands of quotable lines from poems, novels, films, TV series and song lyrics, it’s no wonder that chocolate will forever be immortalised as an entity that represents love and fiery passion.

A study back in 1996 showed that chocolates help release endorphins in the brains of American women.

In the words of Elle Woods in Legally Blonde, “Endorphins make you happy!”

However, the caveat is this: Chocolates may contain all these compounds that we often link to lifting our moods but scientists have also pointed out that these compound quantities are so minute that they get digested immediately before reaching our brains.

Suffice to say that all this research, whether conclusive or not, provides us a better understanding and appreciation of cacao and chocolates and how we associate the consumption of it with our emotions of satiety, comfort and love.

With that said, it doesn’t hurt to enjoy some once in a while. In fact, it’s even considered self-love.

So I guess Sonja Blumenthal was right on the money when she said, “Chocolate is a gift of love to yourself.”

Note to readers **I’m revisiting this article that I penned six years ago in 2015 , at a time I was ‘in the eye of the hurricane’, exploring...

END_OF_DOCUMENT_TOKEN_TO_BE_REPLACED

The Gift Exchange On Christmas

Disclaimer: This is a work of fiction. Names, characters, businesses, places, events, locations, and incidents are either the products of the...

END_OF_DOCUMENT_TOKEN_TO_BE_REPLACED

Thankful for the Horror

Tracing the permeability of survival through literary domiciles Some of you probably had the chance for a lovely Samhain walk recently where you got...